We finally got back to Canada, and after nearly three weeks spent exploring parts of the United States, we were excited to see a new part of the country we call home.  We headed to Nelson, British Columbia and spent an afternoon walking around the City’s small historic downtown core. Nestled between mountains and Lake Kootenay, we found Nelson to be very picturesque other than a couple of box stores and large parking lots built right on the waterfront (Why?).

After studying  maps of the area and estimating the height of the snowline in the mountains, we decided to try venturing up Kokanee Glacier Road for the night but ended up being turned around by snow and spent the night at Kokanee Creek Provincial Park despite the fact that it wasn’t open for the season. We didn’t really know if we were allowed to stay there, but it was quite nice and we went for a lovely trail run and morning swim the next day before continuing on.

From Balfour, we hopped on the world’s longest free ferry ride, crossed Lake Kootenay, and didn’t leave its shores until much later that evening. It was such a hot, beautiful, and generally perfect day that we opted to spend the entire afternoon at Lockhart Provincial Park reading on the beach and periodically jumping in the clear water to cool ourselves off.  We eventually reluctantly said goodbye to the lake and continued our drive east through the Kootenay Mountain range and into the Prairies. 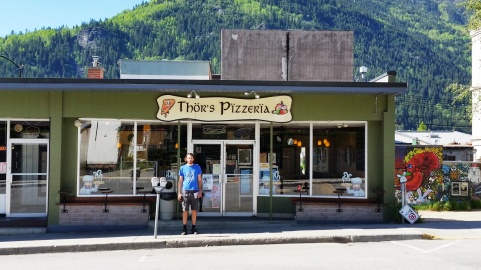 As per Cory’s suggestion, we ate at Thor’s Pizzeria in Nelson

Chris going for a morning swim in Lake Kootenay

Taking the free ferry across from Nelson to Kootenay Bay

A gravel beach on the Yasodhara Ashram grounds 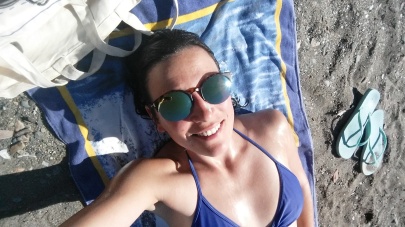 Our first an only deliberate stop east of the Rockies was Head-Smashed-In Buffalo Jump, one of Canada’s eight UNESCO cultural wold heritage sites. Here, aboriginal peoples of the North American plains used the area’s topography and some creative hunting skills (like dressing up like coyotes and wolves) to drive buffaloes over a precipice to their deaths. This was done for thousands of years and the bone deposits are 12 meters high. One fact that stuck with us is that after the carcasses were carved up, these would be burned otherwise the smell would keep other living buffaloes well away.

Despite the allure of the nearby snow-capped peaks of the the Waterton Lakes National Park (Canadian side) / Glacier National Park (American Side), we set our sights on the flat horizon that stretched ahead and began the two day drive that would take us across the Canadian Prairies back to Ontario.  We admired the huge prairie skies through a bug splattered windshield that would claim the lives of thousands – maybe millions – more flying insects in the time it would take us to drive all the way back to Thunder Bay. 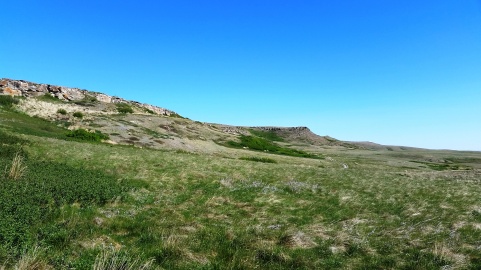 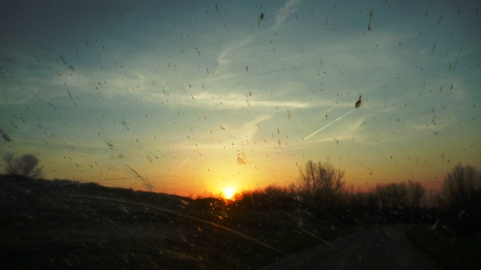 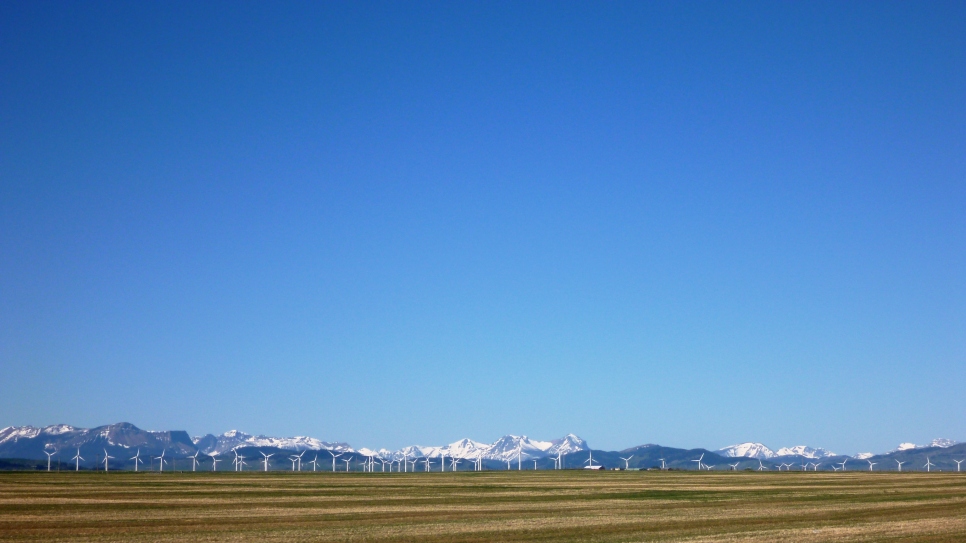 Saying goodbye to the Rockies